Today marks the beginning of Black History Month, an event first commemorated in October 1987. That year 34 years ago importantly marked the 150th anniversary of the emancipation of slavery in the Caribbean, and the existence of Black History Month is what I, alongside four other Haberdashers’ students, came to 10 Downing Street for. We stood amongst notable organisations such as the Naz Legacy Foundation and UK Patchwork that enabled us to have such an opportunity and spent our moments making once in a lifetime memories.

The day began with entry to the Downing Street briefing room located in Number 9, where we patiently awaited our guest speaker. Although preceding the event many of us were notified about the location, it didn’t lessen the feeling of awe when  Sergeant Johnson Beharry VC entered. 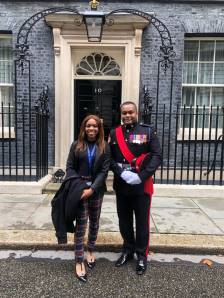 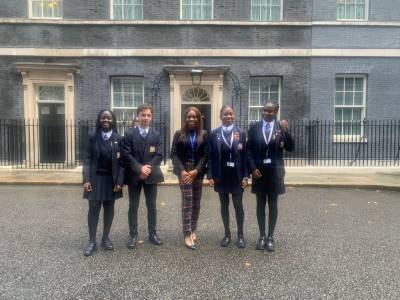 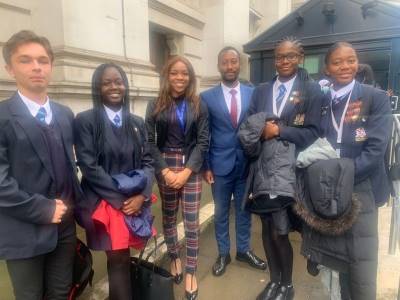 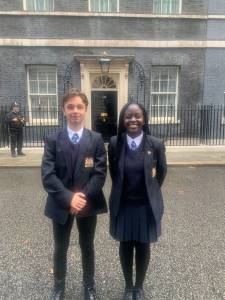 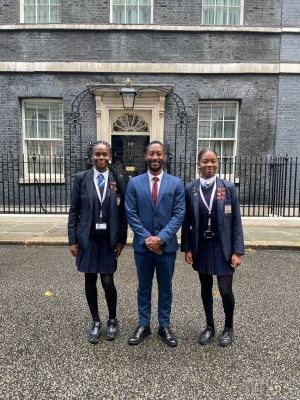 We spent a few hours in the briefing room hearing Sergeant Johnson Beharry VC tell his poignant story of adversity and resilience in Iraq that lead to his award of the Victoria Cross in 2005.

He overcame adversities most of us will never face in life; from driving a flaming tank over a mine hit by a rocket-propelled grenade, being shot twice, to a grenade exploding inches from his head in the streets of Al Amhara, causing him to lose 40% of his brain. Despite all this, he put his  fellow soldiers first and saved 42 lives, refusing to leave them alone in the flaming Warrior tank.

What inspired me most in his story was  the circumstances he lived through, aside from his plethora of work through the JVC foundation to support individuals who lack mental health service, those emancipated from prison, the homeless, and addicts. He grew up in abject poverty with four brothers and three sisters, living in a hut smaller than the stage he commanded today, combatted getting clean from drugs and dealing, and lived on the streets for years of his young life.

The way his physical and mental courage shone through showed us all today that you can achieve amazing things if you work hard and persevere. His moving tributes to the slaves in his family history alto paid homage to the struggles the black community had to endure for us to live freely, just like how Johnson gave his service for our protection.